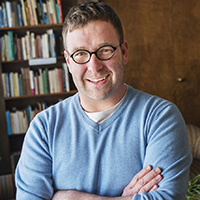 James Farmer (jafarmer@indiana.edu) is the PI on the Sustainable Food Systems Science initiative and is an associate professor in the School of Public and Environmental Affairs. His research focuses on sustainable food systems and land conservation. Recent projects include a study of the utility of high tunnels for Indiana specialty crop producers; farmer diversification in the tri-state area of Indiana, Michigan, and Ohio; and urban ecology and the role of municipal parks preparing for climate change. James convenes the Human Dimensions Lab and co-directs the IU Campus Farm. 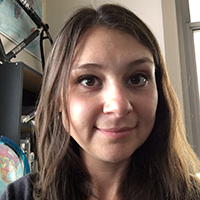 Angela Babb (ababb@umail.iu.edu) is a critical human geographer whose work encompasses critical food studies, ideology, and political ecology of the body. Her research examines the political economy of hunger in the US and the contemporary food movement. She teaches on geographies of food security, food justice, and food sovereignty as a visiting scholar at Indiana University. 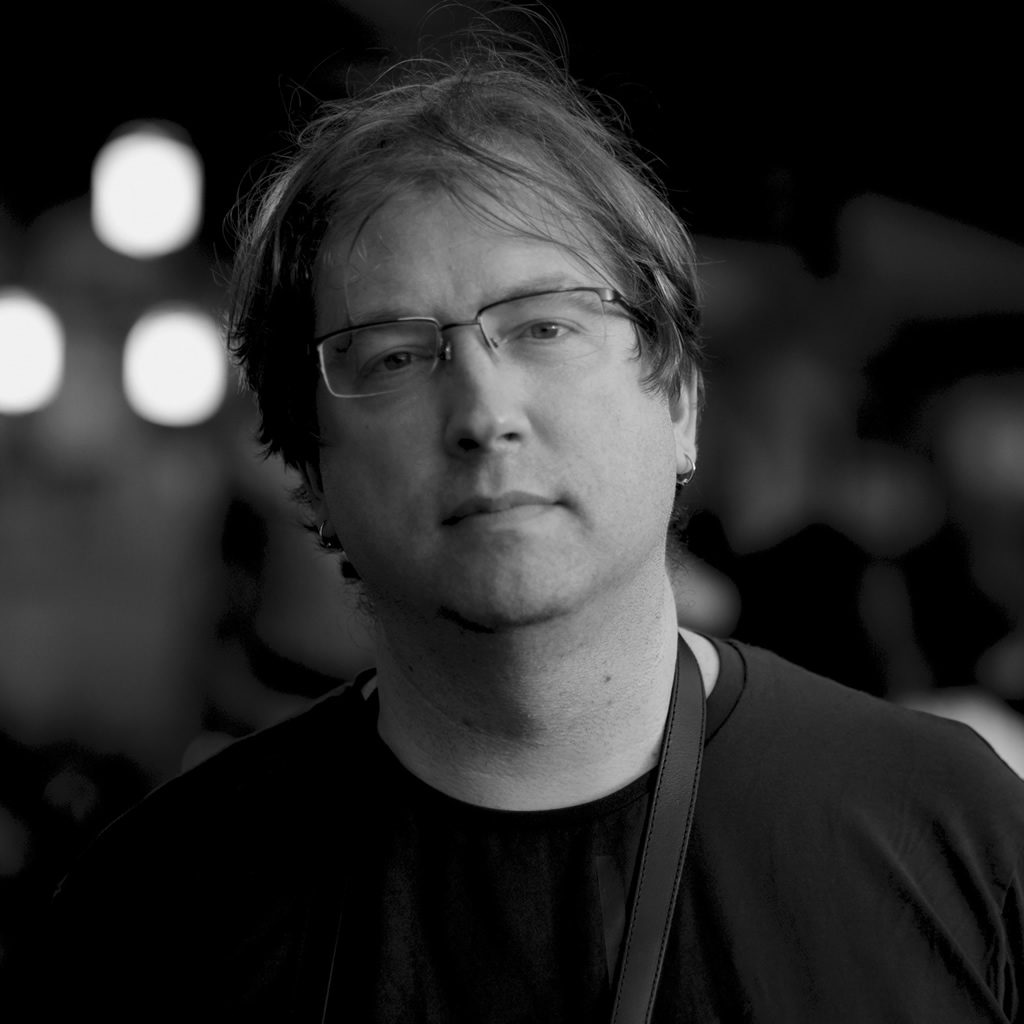 Jeffrey Bardzell (jbardzel@indiana.edu) is Professor of Informatics and Director of HCI/Design in the Luddy School of Informatics, Computing, and Engineering at Indiana University – Bloomington. As a leading voice in critical computing and human-computer interaction design research, he is currently focusing on the development of data products for smallholder and urban farms. He has published over 100 peer-reviewed scientific papers, is co-author of Humanistic HCI (Morgan Claypool, 2015) and co-editor of Critical Theory and Interaction Design (MIT Press, 2018), and as PI or co-PI he has been awarded about $13 million in external grants. 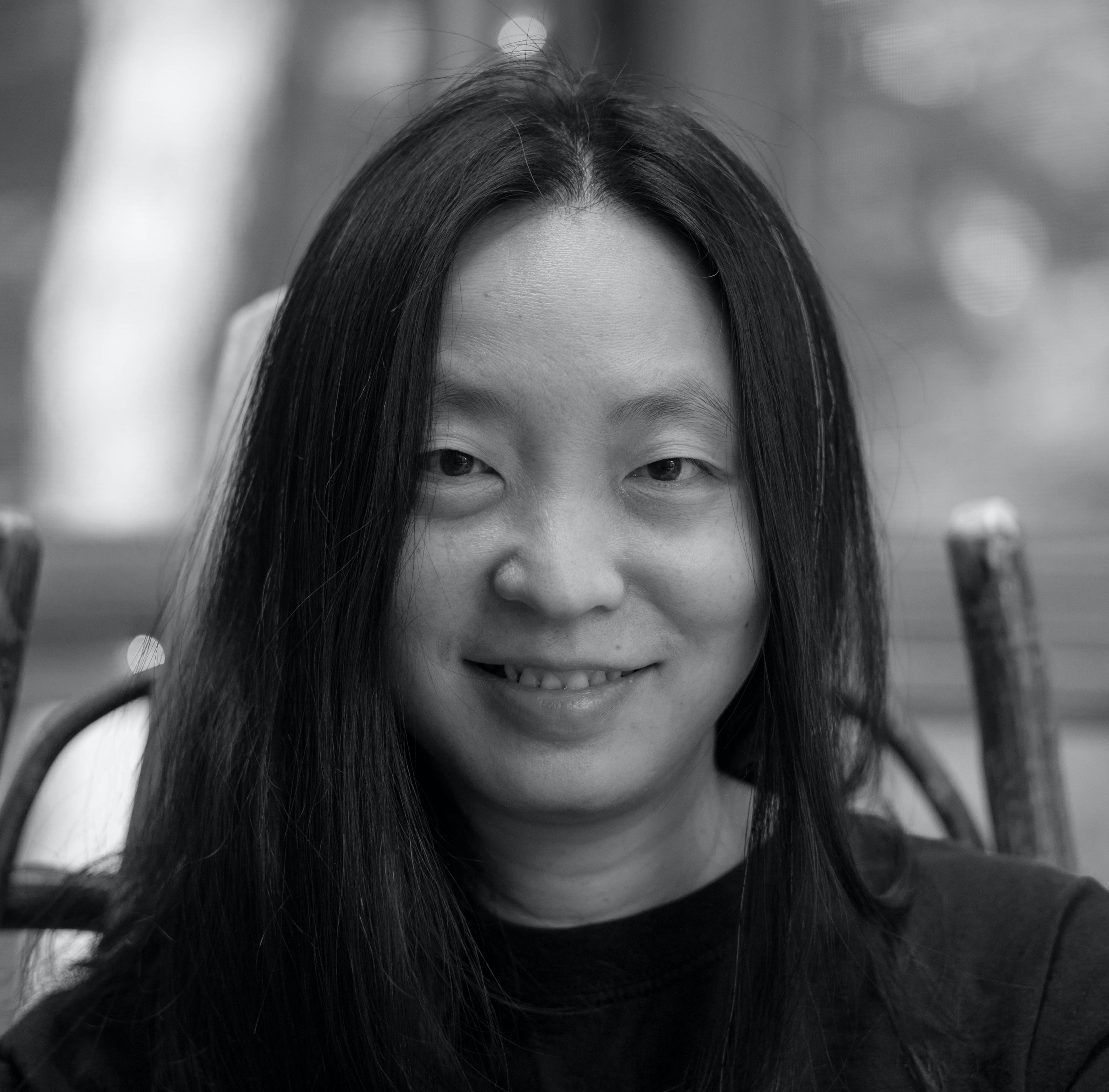 Shaowen Bardzell (selu@indaina.edu) is Professor of Informatics at Indiana University where she also directs the Center for Critical and Humanistic Computing. Throughout her work she augments contributions of feminism, design, and social science to support technology’s role in social change. Recent research foci have included care ethics and feminist utopian perspectives on IT, Anthropocene feminism, computational agriculture and sustainable food production, and cultural affairs in Asia, especially Taiwan and China. Her work is supported by the National Science Foundation, Intel, and other foundations, totaling about $13 million in external awards. 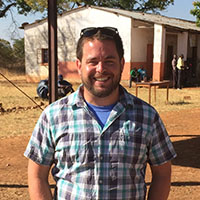 Jordan Blekking (jblekkin@indiana.edu) is a PhD student in the Department of Geography. His research interests lie within human-environmental interactions; specifically, urban food systems, food security, and governance throughout urban communities in Southern Africa. Previously, Jordan served as a Peace Corps Volunteer in Zambia for three and a half years. 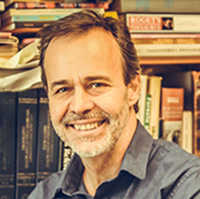 Eduardo Brondizio (ebrondiz@indiana.edu) is a professor of Anthropology at Indiana University where he also directs the Center for the Analysis of Social-Ecological Landscapes (CASEL). Committed for three decades to research on human-environment interaction and social-environmental change in the Amazon region, he has also contributed to several regional and global level assessments, and maintains an active field research program. For the past 10 years, his work has expanded to the study of on rural-urban networks, urban poverty and vulnerability to climate change, and the impact of expanding inter-urban networks and agricultural areas on the governance of indigenous and conservation areas. 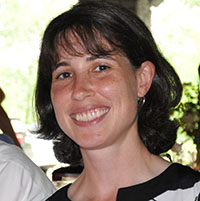 Stephanie Dickinson (sd3@indiana.edu) is Senior Biostatistician and Manager of the Biostatistics Consulting Center in the Department of Epidemiology & Biostatistics at the Indiana University School of Public Health in Bloomington, Indiana. She serves as lead statistician on a number of projects in health and medicine including multiple NIH grants. The context of her work centers on research in obesity, nutrition, food systems and sustainability, where her contributions in statistical methods include data management, statistical programming, linear and non-linear models, random effects models, and geospatial mapping. http://biostats.indiana.edu 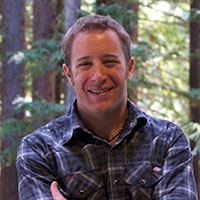 Jon Eldon (jeldon@iu.edu) is an agricultural ecologist with an interest in ecosystem management, soil fertility, and farmer adaptation. He has worked in agricultural systems in West Africa, the South Pacific, and the United States. He received an MS from the University of Hawaii and a PhD from the University of California–Santa Cruz, and is currently a lecturer in environmental studies at the School of Public and Environmental Affairs at Indiana University. 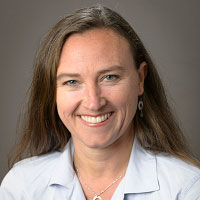 Jodee Ellett (ellett@iu.edu) leads the Community Engagement element of our project in Indiana working to enhance partnerships with communities as they address food system issues. Her asset-based community development approach involves communities in the exploration of ideas and opportunities in the food system and provides ongoing support in sustainable food systems science. Jodee steers the Indiana Food Council Network, supporting our grassroots community food system councils and is working with farmers and buyers to build an Indiana Value Chain Network. Jodee earned a BA in Botany from the University of Montana and an MS in Plant Biology from the University of California, Davis. 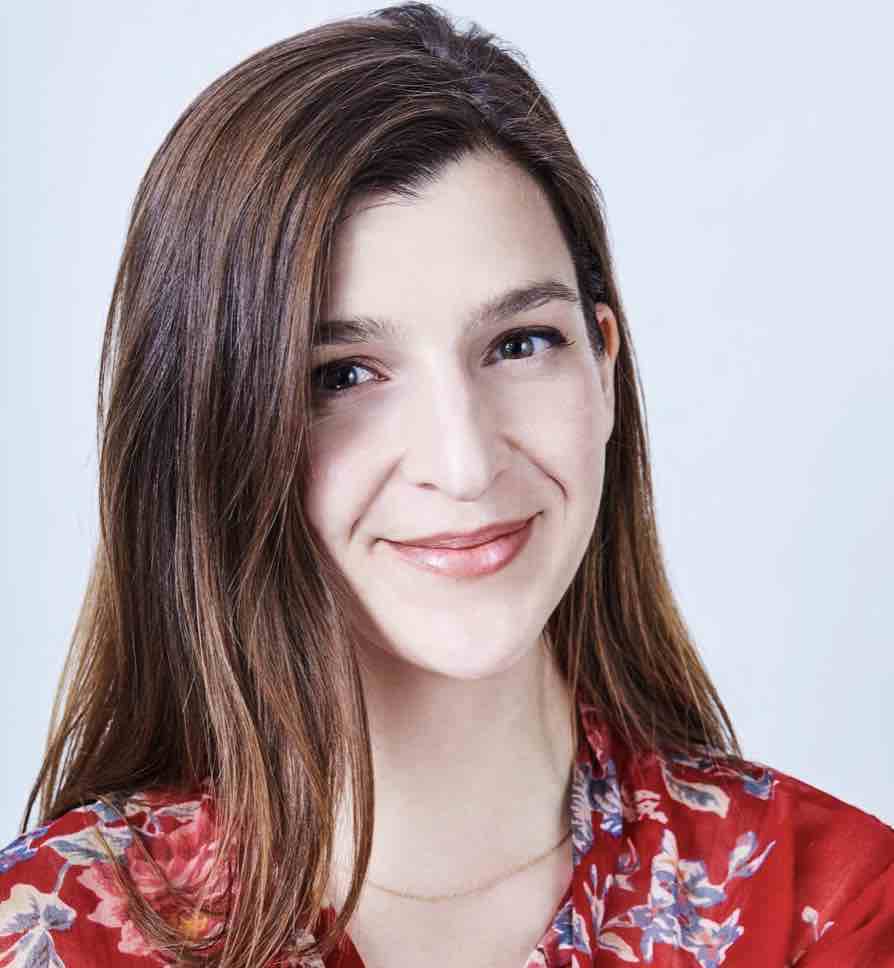 Claire Frohman (cfrohman@iu.edu) serves as Regional Food Systems Assistant for the collaborative effort between Sustainable Food Systems Science and The Center for Rural Engagement to help strengthen the regional food system. Claire received her undergraduate degree from Vassar College in Sociology and Italian, and spent the years that followed exploring many avenues of food systems work, from sustainable farming to food service, permaculture design, food justice work, and youth gardening and cooking education. She now uses her diverse background to help navigate the multifaceted work of food systems development on campus and beyond. 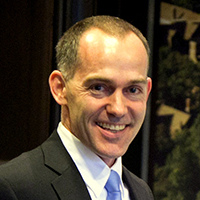 Brad R. Fulton (fulton@indiana.edu) is a quantitative social scientist who draws on organizational theory and network analysis to examine the collaborative partnerships organizations form to provide social services. He is the lead researcher for the National Study of Community Organizing Organizations—a multi-level study that examines community-based efforts to address social, economic, and political issues affecting poor and low-income segmentsof society. Fulton is also the Co-PI on a research grant from the Lilly Endowment to conduct a national study assessing the economic practices and social impact of religious congregations. http://blogs.iu.edu/fulton 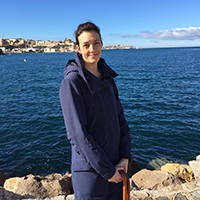 Stacey Giroux (sagiroux@indiana.edu) is an associate research scientist whose current projects include cross-cultural investigations of farmer adaptation to climate change, social networks and food sharing, and urban food networks and food security in sub-Saharan Africa. Additional research interests include governance aspects of food systems and connections between food habits and health. She holds a PhD in anthropology from the University of Florida, with an emphasis in research methods. Click here for curriculum vitae. 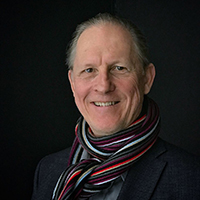 Carl Ipsen (cipsen@indiana.edu) has a PhD in History and an MA in Demography from UC Berkeley and has been at Indiana University since 1994. He won a Fulbright, was visiting professor at the Institute for Population Research in Rome, and is a fellow of the American Academy in Rome. His major publications include: Dictating Demography: The Problem of Population in Fascist Italy (Cambridge 1996); Italy in the Age of Pinocchio: Children and Danger in the Liberal Era (Palgrave Macmillan, 2006); and Fumo: Italy’s Love Affair with the Cigarette (Stanford, 2016). More recently, he has been working on the history of olive oil. He directed Collins LLC 2011-2018 and founded the IU Food Project in 2015, and takes over as the director fo the IU Food Institute in summer 2018. https://www.carlipsen.com/. 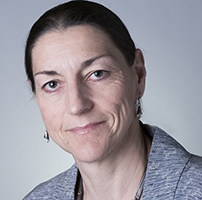 Olga Kalentzidou (okalentz@indiana.edu) is a lecturer at the Department of Geography at Indiana University. As an archaeologist her work encompasses the interaction between geographical boundaries and human behavior. Her latest research interests include immigrant foodways; how food insecurity impacts migrant and refugee communities, and other resource-strained groups; and assessment of student learning through community engagement. She has been an active participant in teaching pedagogy and service-learning initiatives, as well as active learning classroom strategies. She teaches courses on foodways, food justice, and urban agriculture. 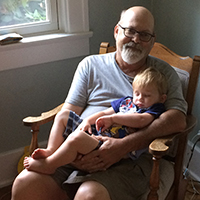 Dan Knudsen (knudsen@indiana.edu) is professor and chair of the Department of Geography. His food research encompasses topics such as taste, identity, food & farm security and justice. His lab’s website can be viewed at https://cfslab.weebly.com. 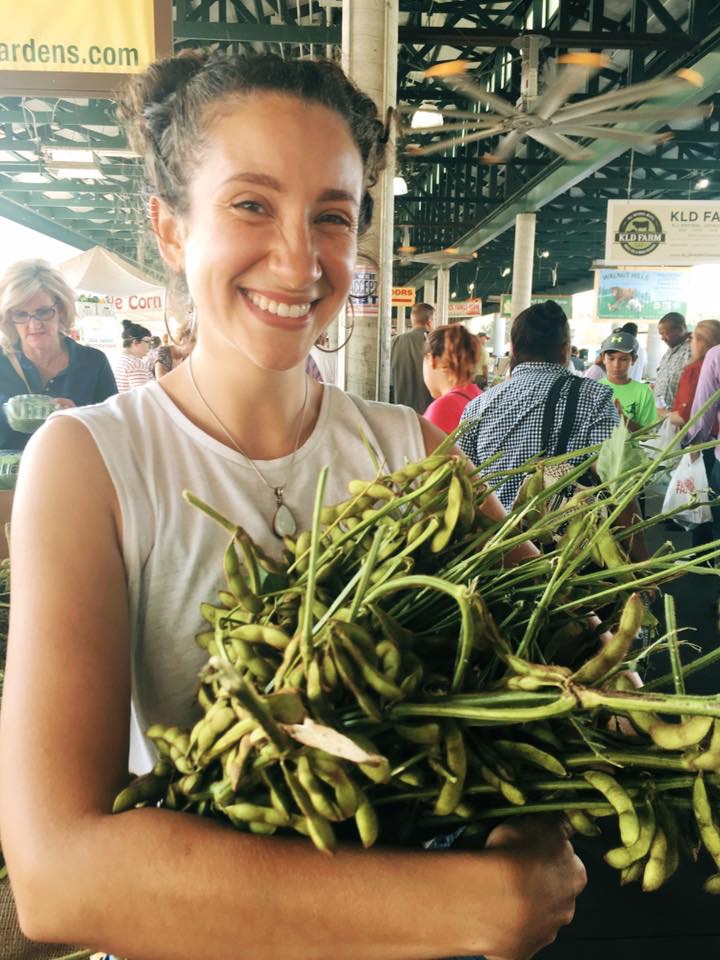 Leila Mzali (lmzali@indiana.edu) is an Anthropology PhD student whose research interests surround formative learning experiences in relationship to food and nutrition, and the intersections of new media, diet culture, and social constructions of racial, gender, and sexual purity.  She holds an M.Ed in Learning, Diversity, and Urban Studies from Vanderbilt University with a concentration in food justice, and has a background working in a variety of farm and garden education programs. 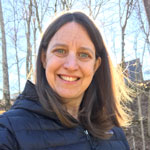 Sarah Osterhoudt (srosterh@indiana.edu) is an environmental anthropologist and political ecologist who examines the human dimensions of cultivated landscapes, especially the agro-ecological systems of Northeastern Madagascar, where smallholder farmers cultivate food and market crops including rice, vanilla, coffee, and cloves. Her research has been supported by the Wenner-Gren Foundation, the National Science Foundation, the Fulbright-Hays program, and the Doris Duke Charitable Foundation. She received her PhD from the School of Forestry and Environmental Studies and the Department of Anthropology at Yale University. 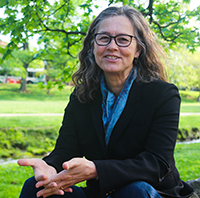 Jennifer Meta Robinson (jenmetar@indiana.edu) studies issues of food and culture, focusing on small-scale, alternative agriculture in the US. Her books, Selling Local: Why Local Food Movements Matter (2017, with James Farmer) and The Farmers’ Market Book: Growing Food, Cultivating Community (2007 with J. A. Hartenfeld), describe in-depth, ethnographic case studies of local food systems. An award-winning teacher, she offers courses on these and other issues in the anthropology of food curriculum at IU. Her current research triangulates on sustainable food systems through issues of environment, population migration, and activist organization in five major fieldsites. She lives on a farm in scenic Greene County, Indiana, and enjoys travelling to farmers’ markets around the world. http://www.jennifermetarobinson.com/ 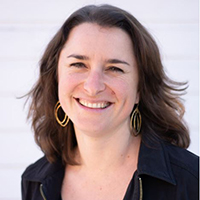 Annie Shattuck (shattuck@iu.edu) is an Assistant Professor in the Department of Geography at Indiana University. Her research draws on political ecology to examine food politics, agrarian change, and rural health. She received her PhD in Geography from the University of California, Berkeley. She is the co-editor of the recent book: Food Sovereignty: Concept, Practice and Social Movements. 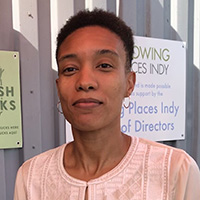 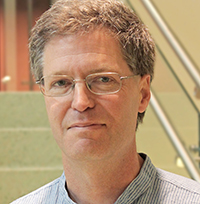 Peter M. Todd (pmtodd@indiana.edu) is a cognitive scientist who studies how people make decisions about important resources in their lives, including food, social partners, and information. After getting a PhD in psychology at Stanford University, he moved to Germany to help found the Center for Adaptive Behavior and Cognition (ABC), based at the Max Planck Institute for Human Development in Berlin; the Center's work was captured in the books Simple Heuristics That Make Us Smart and Ecological Rationality: Intelligence in the World. Todd moved to Indiana University in Bloomington in 2005, where he is now Provost Professor of Cognitive Science, Psychology, and Informatics, and the Director of the Cognitive Science Program. He was also the founding director of the IU Food Institute. 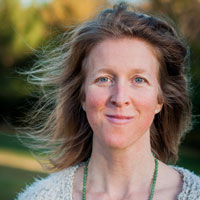 Public health researcher Julia DeBruicker Valliant (jdv@indiana.edu) trained in the social determinants of health. Agriculture and food focus her work, as forces guiding a people's ability to be well in a place. This includes farm policy. Some particular interests include how the history of public health intersects with that of agriculture, and especially animal agriculture; participatory research methods; and multimedia translation. 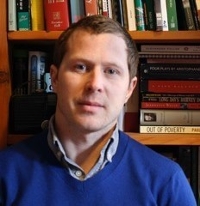 Kurt Waldman (kbwaldma@iu.edu) is an assistant professor in the Department of Geography at Indiana University. His research applies behavioral economics and decision science to understand socio-environmental problems. His areas of interest include perceptions, judgment and decision making related to environmental change and agricultural sustianability. Kurt earned an MS in Applied Economics from Cornell University and a PhD in Food and Agricultural Policy from Michigan State University. 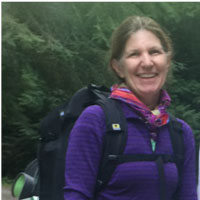 Andrea Wiley (wileya@indiana.edu) is  professor of Anthropology at Indiana University. Her research focuses on the role of diet in shaping human biological variation. In particular, her current work has been an investigation of the ways in which human consumption of bovine milk (mainly from cows) impacts important aspects of human biology such as growth, development, and aging. She has conducted fieldwork in India on the trans-Himalayan plateau and in Maharashtra. She is also interested in how diet-related human biological variation is considered (or not) in dietary policies and guidance. She is the author of four books including Re-Imagining Milk (Routledge, 2nd edition 2016) and Cultures of Milk: The Biology and Meaning of Dairy Products in India and the United States (2014, Harvard Univ Press), and is working on a new book on gluten. 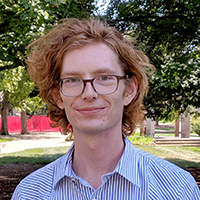 Wesley Zebrowski (wzebrows@iu.edu) is a Ph.D. student in Public Affairs program in the O'Neill School of Public and Environmental Affairs. Wesley graduated in 2018 from Colby College, having earned a B.A. in Government and Environmental Policy.  His research applies an interdisciplinary approach to understanding and mitigating the challenges faced by smallholder farming communities. He is currently involved in the SFSS Indiana Project. 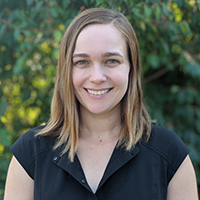 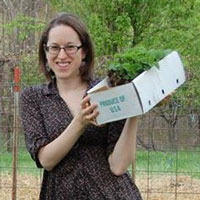